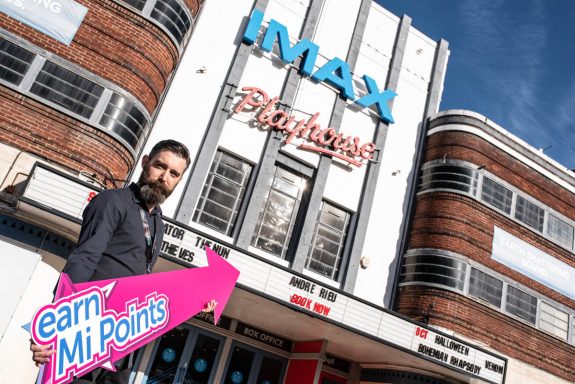 There are two huge movies, both with a cult fan base, showing this week at Perth's Playhouse Cinema.

If you're a fan of Downton Abbey we know you won't want to miss its big-screen return.

If you're perhaps more of a horror fan you may be one of the millions of fans around the world who have been flocking to cinemas to enjoy the long-awaited second instalment of Stephen King's 'It'.

Perhaps you even plan on seeing both? Either way, would you like a little hint about how to get something back on the price of your ticket and refreshments?

Mi Rewards is Perth's very own, city-wide rewards programme. You collect points on every pound you spend which can then be converted into vouchers. Your voucher will be redeemable in over sixty participating businesses throughout Perth (including the Playhouse Cinema itself).

Great films throughout the week

Downton Abby and It 2 are accompanied by a host of other great films this week including Once Upon a Time in Hollywood (18) which a seriously star-packed Quentin Tarantino film set in Los Angeles during the time of the Manson murders (1969). A comedy-drama that will surprise you with its star power at every turn.

If you're after something a little more family-friendly then they have a great selection this weekend, with films like Asterix: The Secret of the Magic Potion (PG), and Dora and the Lost City of Gold (PG). Keep in mind that this Dora is not the one your pre-schooler will know. This Dora the Explorer is starting high school and she's about to embark on some Lara Croft level adventure.

There are also two powerhouse family films still on the go this weekend with Toy Story 4 (U) enjoying its twelfth week in UK cinemas. You also still have a chance to catch the amazing live-action remake of  Disney's 'The Lion King' (PG).

Get your Rocks Off! WIN tickets to SOLD OUT Primal Scream concert in December

We’re ‘Movin’ On Up’ to tell you about this amazing competition in partnership with Horsecross Perth. Primal Scream is coming to Horsecross on Sunday 15th December, and you could be there too. Mi Rewards like to look after our members. That’s why all Mi Rewards members have the chance to WIN tickets to this SOLD […]