Perth businesses share ‘Oops’ and ‘Eh?’ moments: 2 ‘We’ve seen it all’ (*not all family friendly!) 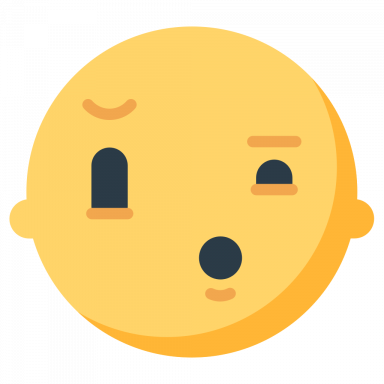 Our last ‘oops’ and ‘eh’ post was pretty much family friendly, filled with anecdotes from Perth businesses. Some of the stories in this post aren’t. You have been warned. Sometimes shops deal with things you wouldn’t believe, after a few years of trade you can feel like you’ve seen it all, only for the world to surprise you again:

Stuart is happy to go above and beyond when looking after his patrons but one particular encounter made him wonder whether it might be a step too far.

A young man fancied himself as a budding anime or manga artist. If you aren’t familiar with anime, it’s an art form that emerged in the 1960s in Japan and is used in a variety of different media, though you may recognise it as the style of art used in shows such as ‘Pokemon’, or in films like ‘Spirited Away’.

The young man had originally explained that his school hadn’t allowed him to print the images using the library printer. They now knew why.

Sitting down with a nice wee cup of tea at Tayberry Gallery, this wasn’t the sort of story we were expecting to hear. Tayberry can offer custom jewellery design and on one particular occasion their talents were really put to the test.

A gentleman walked in to ask if they would create a truly custom piece. One that differed entirely from anything else they had created. This wasn’t due to the use of some unusual material, or a really obscure design. The gentleman in question was in the market for a piece of jewellery for a part of the anatomy which is rarely found bejewelled.

We’ll leave it to your imagination but suffice to say the design utilised properties of a bracelet or a bangle and when they were done with the finished item the customer was apparently very happy with the result (the ladies at Tayberry were happy to take his word for it in that regard).

Boo Vake is known more for it's beautiful and sometimes quirky homewares and other gift items and this next entry is more family friendly but it’s no less confusing. To make matters worse, apparently Boo Vake has seen this particular issue crop up on a regular basis.

There must be something vaguely nautical about Boo Vake’s exterior or something that hints at provisions for outdoor pursuits. Whatever the cause, a request they hear from passers-by, on a fairly regular basis, is whether they stock worms. They don’t seem to be asked for any other fishing equipment but they appear to look like the perfect place to pick up a tub or two of live bait before a fishing trip.

One quiet morning the staff at Fun Junction took a call from a customer. They were looking for a very specific item that they thought might have been put aside for them. After a quick look on the customer order shelf, they realised that the item wasn’t there.

They quickly grabbed the boxes of toy cars to sift through them in search of the elusive make and model that the customer was interested in.

When they found it the customer was happy and understandably asked what the price was. This is where things fell apart. He was astounded at how cheap the car was. So much so that he wouldn’t believe what they were hearing. Was there a problem with the line?

He had expected to pay thousands for this particular make and model. He asked again if they could repeat the price and enquired about a test drive. The staff looked down at the tiny car on the counter and it all fell into place.

They had to explain that the customer wasn’t going to be able to take it for a test drive unless they were a Borrower, an elf, or maybe a pixie. A quick check after this told them that he had called the wrong number and was calling to check up on a very real, human-sized car that had been put aside by a local dealership.

Something that isn’t so confusing

If you’re spending in any of the businesses mentioned you don’t have to worry about being confused when it comes to being rewarded. Mi Rewards has been designed to be as simple, seamless, safe, and useful, as we can make it.

Simply register with Mi Rewards, then you’ll be eligible for regular rewards and entries into Mi Rewards competitions. What’s more, you’ll receive reward points on every purchase you make in participating businesses.

These points can be converted for a Perth Gift card which can be used in all of the same businesses. Simple, and rewarding, what’s not to like? Click here to find out more.

There are two huge movies, both with a cult fan base, showing this week at Perth’s Playhouse Cinema. If you’re a fan of Downton Abbey we know you won’t want to miss its big-screen return. If you’re perhaps more of a horror fan you may be one of the millions of fans around the world […]